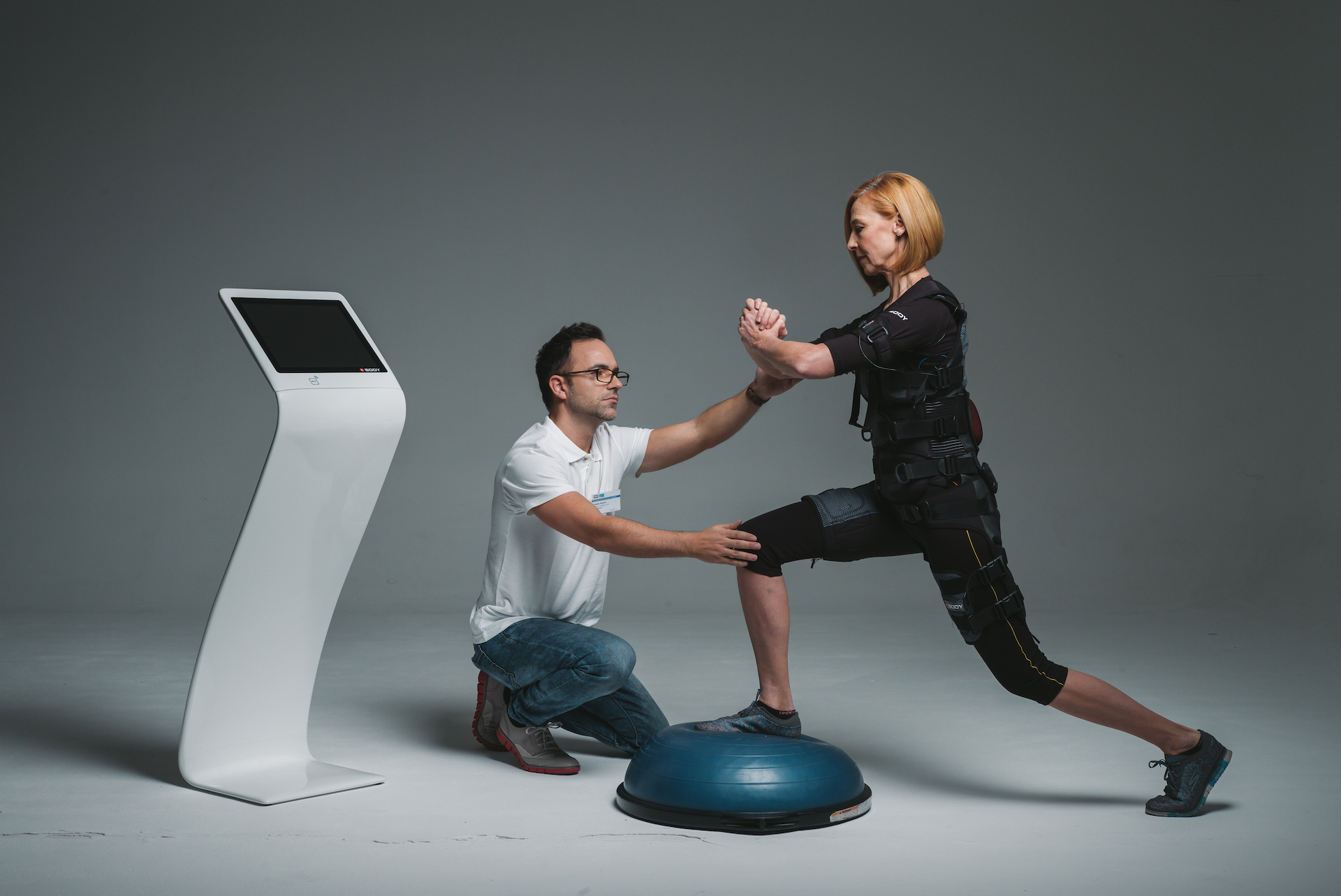 EMS workouts (electro muscle stimulation training sessions), as we know them today, proved to be a modern invention – something that started vaguely in 1745 when a German physician wrote a book about it and Mary Shelley used his info for her “Frankenstein” story.

But years went by and electro muscle stimulation went much further than that, to a time where people would use it as medical treatment and therapy for a variety of cases.

Little did everybody know it would become a way of working out, or rather said, a way of life. And truth be told, back then everybody was in better shape than we are now!

But the modern fitness culture we have today allowed us to progress remarkably and so, the use of EMS fitness workouts revealed its benefits and gained worldwide popularity.

EMS training sessions are always safe and effective when used according to the device’s guidelines.

Do you want to start a business in the USA with the EMS fitness technology?

If these days, you’re thinking more and more about using EMS workouts as a business idea – then you’re not alone. Many investors realize this technology is not as exploited as it should be in the US, especially for a nation struggling with severe weight issues. And in other words, Americans depend on it, but don’t have access to this EMS technology everywhere.

For some, it might seem like a weird business idea, when in fact, owning an EMS device is a money-making idea for the entire fitness industry in the US. Simply said, with low risk and high profit.

Overall, starting a business with the EMS technology on such a fertile ground as the one in the United States of America cannot be compared with doing it in any other countries – for the moment, at least. It isn’t a luxury, but a great opportunity for anyone who aims to make good money fast.

A studio only needs a decent amount of space for the equipment and training area, one or two changing rooms, showers and a reception. More is always better and of course, the bigger the studio, the greater the profits, but we encourage everybody to start with whatever feels right for them, without breaking the budget.

Why are some big investors susceptible to this business idea?

Simply because according to behavioral analysis, most Americans tend to assume fitness culture doesn’t change significantly.

But take our word – this is an industry that’s always changing and the EMS fitness workout is just one of the waves of technology development which will most definitely determine Americans to stop abandoning exercise so easy.

Various (but not enough) new EMS fitness studios have arisen in the last months within the territory of the United States – google them, call them and try it out. You’ll be lucky to get a free spot available.

So if you are interested, willing, or have that entrepreneurial virus, we strongly recommend you turn this EMS fitness idea into your new career!

Please wait while you are redirected to the right page...